A Guide To The Dangers Of Untreated Sleep Apnea

When You Don’t Sleep, Your Entire Body Suffers

Your entire body needs sleep, so when you’re not getting it, your entire body suffers. You might think you’re sleeping enough when you have sleep apnea, but you aren’t. No matter how many hours you spend in bed, interruptions in your breathing wake you up and keep you from getting the uninterrupted sleep that lets you access the deeper stages of sleep you need. This can lead to serious health problems and may become deadly.

If you have sleep apnea, it’s important to get diagnosed so you can start treatment. SleepTest.com makes it easy for people to get tested for sleep apnea, even if their doctor doesn’t take the symptoms seriously. You can order an affordable sleep test yourself, or you can talk to your doctor about it. The best part is that you take the at-home sleep apnea test in the comfort of your own bed. 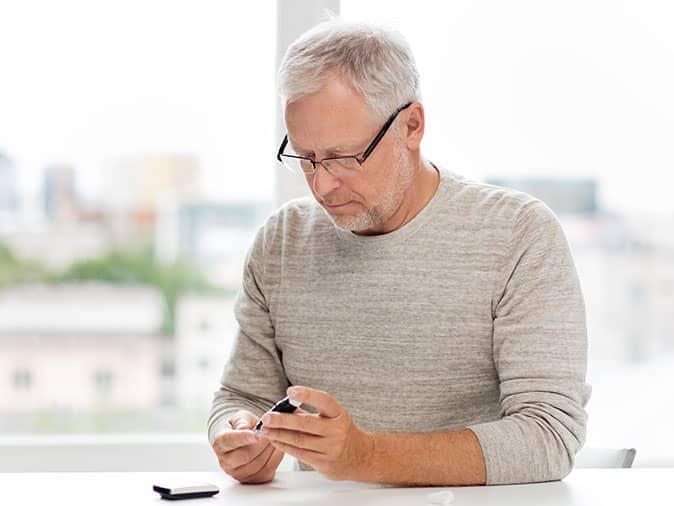 Early Warnings of Dangers to Come

Deadly complications of sleep apnea don’t develop immediately. They take time, and often warning signs crop up early that tell us of the more serious conditions to come.

Some of the early warning signs that should make people see their doctor about sleep apnea include:

These complications can develop relatively early in a person’s life with sleep apnea. People might see their doctor for one or a few of these conditions without making the connection to their sleep problems. Anyone who experiences more than one of the above conditions should be tested for sleep apnea to start treatment and avoid future complications.

If left untreated, sleep apnea will lead to more serious complications. The ones most likely to be deadly are cardiovascular problems. This can include:

Stoke is the 2nd leading cause of death worldwide, and having sleep apnea increases your risk of stroke and increases the likelihood of a poor outcome after the stroke. The fragmented sleep you experience with sleep apnea decreases blood flow to your brain. This change will eventually interfere with your brain’s ability to prevent damage to itself which leads to a stroke. The American Stroke Association put out these guidelines to help spot a stroke:

F = Face Drooping – Does one side of the face droop, or is it numb? Ask the person to smile. Is the person’s smile uneven?

A = Arm Weakness – Is one arm weak or numb? Ask the person to raise both arms. Does one arm drift downward?

Heart failure is another worldwide leading cause of death. Sleep apnea increases your risk of heart failure by 140% for three reasons. First, your sympathetic nervous system responds to low oxygen levels by narrowing blood vessels which raises your heart rate and increases your blood pressure leading to hypertension. Second, attempting to inhale with a blocked airway also causes pressure to rise in your chest, damaging your heart and leading to atrial fibrillation and blood flow issues. Finally, oxidative stress from frequent changing oxygen levels causes systemic inflammation. These three factors lead to heart failure from sleep apnea.

Pulmonary embolism is a blood clot that forms or reaches one or more arteries in your lungs from another body part and cuts off blood supply. In a small-scale study, it was found that of 120 people, 19 had a pulmonary embolism, and of those 19, 16 had sleep apnea.

There is a high prevalence of kidney disease in those who suffer from sleep apnea. Kidney disease is also a leading cause of death worldwide.

While these can be fatal, sometimes they serve as a powerful warning sign. With 85% of sleep apnea undiagnosed, it’s not uncommon for people to not know they might have sleep apnea until AFTER their first heart attack or stroke.

However, it should be noted that even then, it’s not too late to start treatment. Treating sleep apnea after a heart attack or stroke improves recovery and reduces the risk of future cardiovascular problems.

Depression and other mood disorders, leading to suicide: Your quality of life significantly drops when you have untreated sleep apnea. You’ll miss out on important aspects of the human experience, such as connection with others because you’re tired, withdrawn, and irritable. This leads to depression and possibly suicide in some individuals.

Deadly car or workplace accidents: It’s easy to miss the impact on others when thinking about sleep apnea. When you experience extreme daytime sleepiness, you aren’t alert and you’re 2.5 times more likely to be the driver in an automobile accident.

Do you operate heavy machinery at work? Sleep apnea increases the risk of workplace accidents.

Early-onset dementia and Alzheimer’s disease: While you sleep, your body and brain work hard to ready you for the next day. Fragmented sleep and frequent awakenings don’t allow your body to restore. One important brain function during deep sleep is a cleansing of your brain of toxic chemicals that were leftover from the day. When these build-up, you’ll experience cognitive decline and eventually damage that leads to dementia and Alzheimer’s disease.

Cancer: The link between cancer and sleep apnea is not as well-established as some of the other risks. Many studies show an elevated cancer risk, but the exact mechanism isn’t clear. Most believe the link is systemic inflammation.

Get Tested for Sleep Apnea and Start Treatment

Sleep apnea can be deadly, but it is treatable. Unfortunately, you can’t treat what you don’t know you have, so the first step in avoiding these dangers is to get a sleep test. At SleepTest.com, we make that easy, even if you don’t have a doctor. With included 2-day USPS shipping, you can get results in about a week.